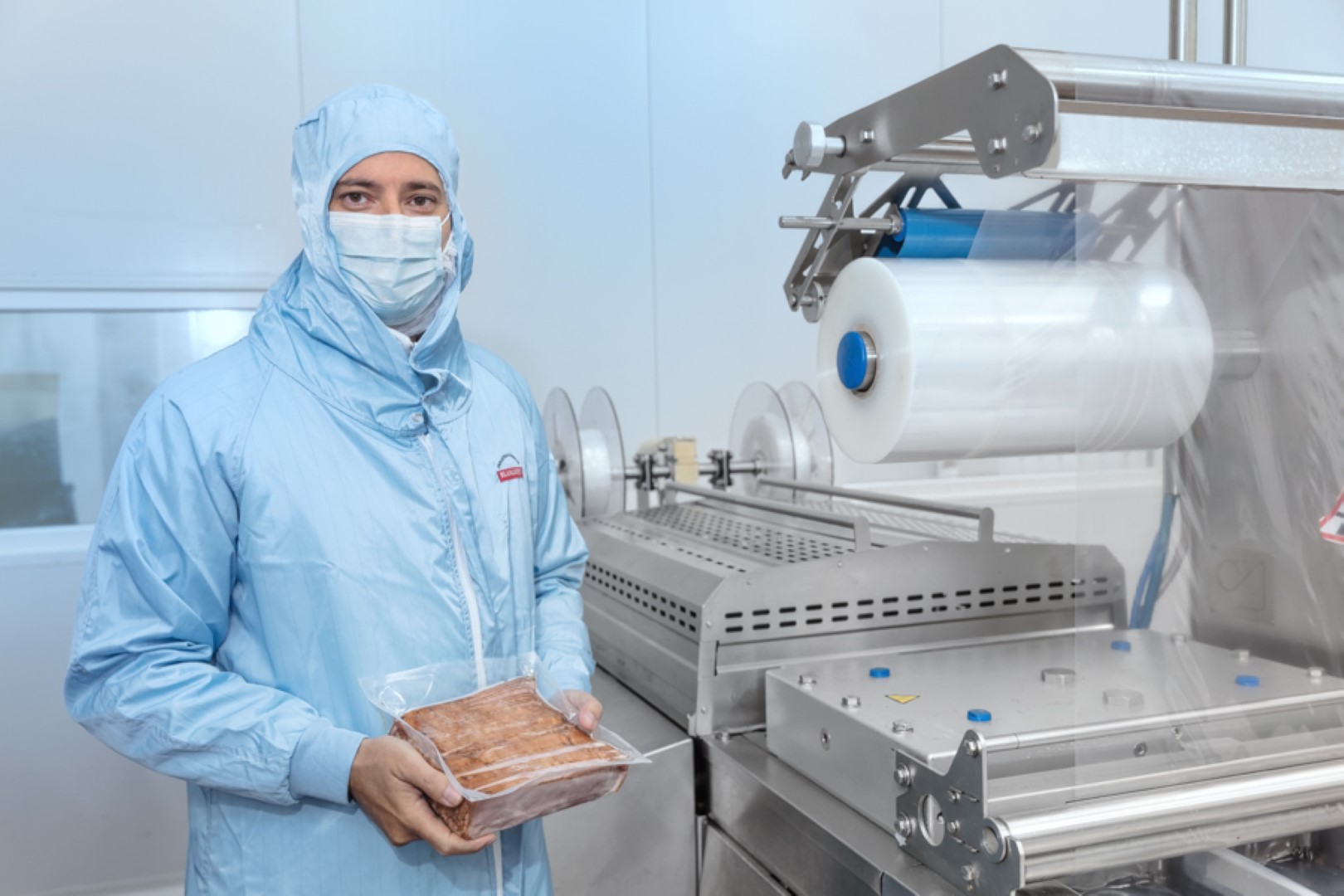 What started as a small butcher in 1908 has now turned into a full service meat processing company: located in a new factory in Granollers and supported by SEALPAC packaging equipment, Blancafort Foods in Spain (www.blancafort.es) is working hard on its goal to double its production volume within five years. We spoke with Francesc X. Alcántara, Director of Operations, about Blancafort’s vivid history, modern trends in packaging and how SEALPAC thermoformers contribute to the company’s growth strategy.

Family company with more than 100 years of history

In 1908, the great-grandparents of Blancafort’s current CEO started a small butcher shop in Vic, approximately 65 kilometres northwest of Barcelona. With four employees and a modest surface of 50 m² they slowly started to build up a reputation in the area. As a result, more and more shops were opened. Around 1950, as the second generation took over the company, the strategy changed. Instead of working with own shops, Blancafort started to supply its processed meat to wholesalers. Naturally, this also affected the way the company processed and (pre-)packaged its products. In 1990, the third generation decided to set up a 2,000 m² factory, for which it moved to the small town of La Garriga. This led to a period of extreme growth, soon forcing the company to look for expansion of its production area once again. In March 2017, with Mr. Joan Blancafort as the fourth generation in management, Blancafort Foods moved to a new 8,000 m² production site in Granollers. At the same time, to mark the start of a new era, the company logo was modernized.

Initially a small company of just family members, Blancafort today has 80 employees and a production volume of 15,000 tons per year. Only one decade ago, this was 20 employees and 1,500 tons per year. At the Granollers production site, Mr. Francesc X. Alcántara is since recent responsible for operations. As he explains: “It is my task to assist the CEO in optimizing the factory from an organizational and efficiency point of view. Off course this also applies to the packaging activities at Blancafort Foods.”

As a result of the rapid growth of the company in the past decade, several investments in processing and packaging equipment were made. In 2011, Blancafort Foods purchased a SEALPAC RE20 thermoformer for packaging large blocks of bacon. This thermoformer was supplied by EMO S.A., distributor in Spain and Portugal for SEALPAC traysealers and thermoformers. When in 2015 a solution was needed for the packaging of sliced bacon, a SEALPAC machine was the obvious choice again. At that time, SEALPAC had just introduced a new range of thermoformers, the so-called PRO-series. These PRO-series thermoformers are characterized by their extremely small footprint, hence requiring minimum space in the production area. Nevertheless, they also have an extremely large loading zone.

Being a pioneer in its own field, Blancafort had no doubt whether to invest in this new type of thermoformer. Alcántara: “The excellent performance and low maintenance requirement of the SEALPAC RE20 gave us a lot of confidence to buy the additional PRO10 thermoformer. Less than 1% of all the machine stops had been related to technical issues. In my experience, at least 50% of the decision to invest in a specific brand of equipment should be based on technical experiences, which is why we always appoint engineers in our decision making unit. Furthermore, because I previously worked at the company Noel Alimentaria that owns a large number of SEALPAC traysealers and thermoformers, I was familiar with the quality of the brand.”

The PRO10 is the smallest of the SEALPAC PRO-series thermoformers, specifically designed to run flexible film vacuum packs. At Blancafort Foods, frozen bacon blocks are placed in a Treif slicer and manually loaded in the formed packs on the PRO10. Due to the large loading zone that is accessible from both sides, either one or two employees can take care of the product loading. Running at approximately 6 cycles per minute, twelve packs leave the discharge area of the thermoformer every minute.

Blancafort acquires around 90% of its meat from the region, but always from regularly audited suppliers that meet the highest food safety standards. Focus is on meat products that are lactose free and gluten free, as well as low in salt level. Alcántara: “Research has shown that one in every four people suffers from an allergy, mostly due to lactose or gluten. As we want to keep our meat products accessible for everybody, we decided to focus on the processing of meat that is lactose free and gluten free. In addition, we see an increasing demand from consumers for healthier products that contain less salt, as well as less fat.”

The company primarily supplies its products to the catering industry. A small but growing business is organic meats, which are now also supplied to several retailers. By introducing these organic meat products in 2000 already, Blancafort became a true pioneer in the country. If asked about trends, Francesc X. Alcántara mentions the growing demand for pre-cut meats. And with the segment of organic products on the rise, Blancafort is now also looking at new packaging materials. Alcántara explains: “We supply an ecological product in packaging made of plastic, which cannot be recycled. This is somewhat of a contradiction. Therefore, we are looking to see if we can apply degradable films, such as produced from rice pulp.”

Approximately 80% of Blancafort’s products remain in Spain, while export takes place to France, Portugal, Malta, Lebanon and Cuba. The volume of these export activities is expected to increase in the coming years. As Alcántara concludes: “Now that we have moved to our new production facility, it is our goal to double our turnover within five years. First, we want to produce even more meat products ourselves, such as the mortadella that we now purchase elsewhere. Second, we will increase the number of countries that we supply to. Here, we have a particular focus on Latin America and countries with a large influx of tourists. Last but not least, we will increase the efficiency of our factory by investing in further automation, for example in the area of freezing, cutting and packaging. This is where I expect EMO and SEALPAC to support us again!”