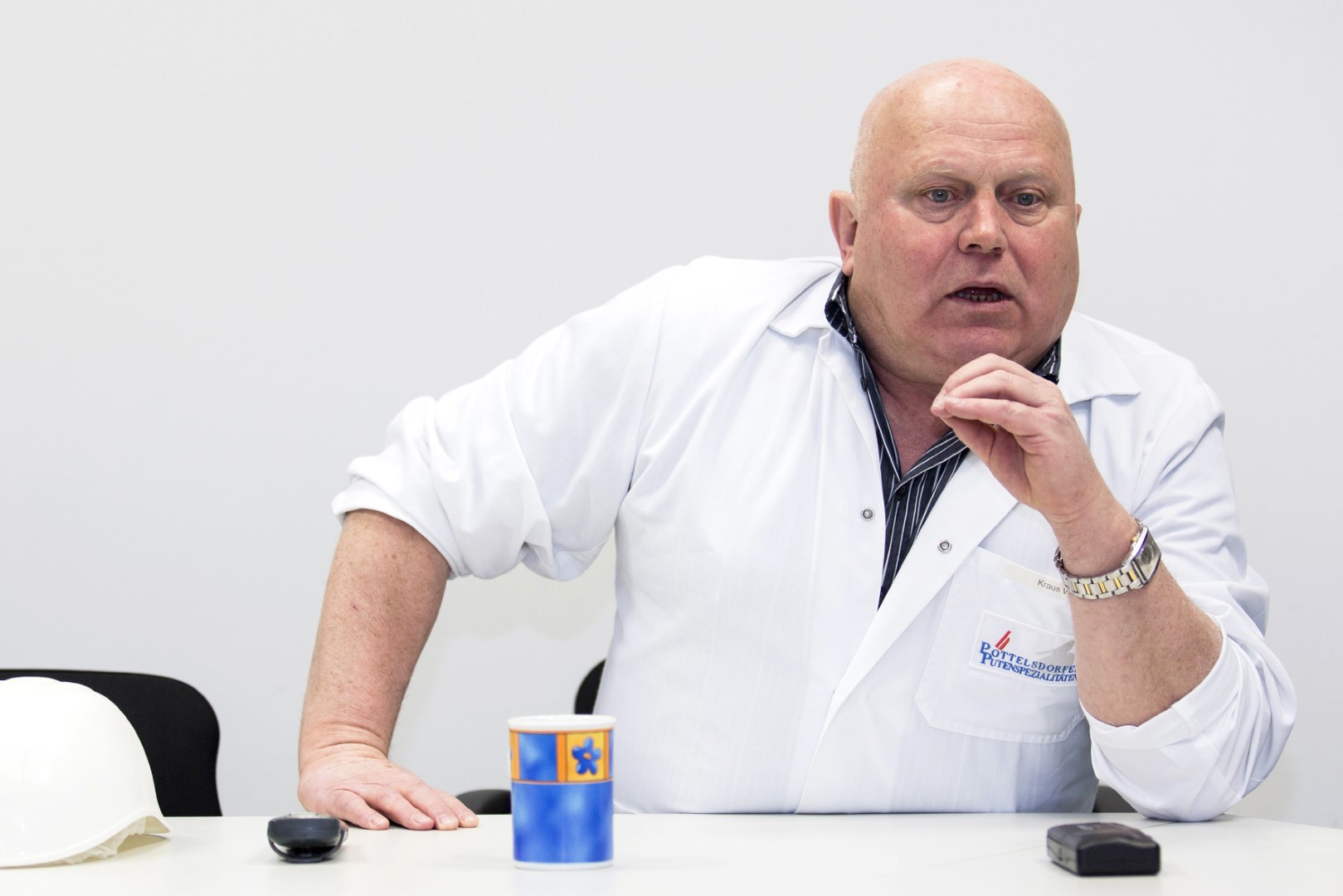 Whether it concerns schnitzels, roasts, sausages, meat spreads or BBQ specialties, turkey products from Austrian processor Pöttelsdorfer Putenspezialitäten GmbH are extremely popular with consumers. Founded in 1971 and located in Pöttelsdorf in the region of Burgenland, the company is considered a pioneer in the Austrian poultry industry. Its founder, Otto Glatter, brought the idea of a poultry plant from France in a time when enthusiasm for the low-fat and protein-rich meat was only slowly spreading in the German speaking area. Glatter used the North German term „Pute“, founded his own processing company, and commenced his pioneering work in Austria. Werner Kraus, the current Managing Director at Pöttelsdorfer Putenspezialitäten GmbH, explains: „From the beginning we were a fully integrated operation, where everything was developed under one roof. For example, we had our own feed production and hatchery. Nowadays we have a close cooperation with 32 contract partners, which are responsible for the farming of our birds according to strict AMA quality guidelines. As such we have been able to grow a sizable production in the region.“

When Austria joint the European Union, the industry was severely hit. Most of the Austrian poultry processors were not up for the competition due to their relatively high production costs. Also in terms of equipment, most of these companies lagged behind the EU standard. In contrast, Pöttelsdorfer Putenspezialitäten GmbH managed the transition to this new market situation with strong foreign competitors. Since 2008 the company is part of the WECH group, which has two additional locations in Austria (Carinthia), as well as production facilities in Slovenia and Hungary. The operation in Pöttelsdorf currently has 105 employees, with around 10,000 to 15,000 animals being slaughtered every week.

Kraus: „In volume, especially compared to the German industry, we are one of the smaller processors, where these amounts of birds are normally slaughtered on one single day. But our company was able to find a niche in successfully addressing the need for premium poultry products. Our most popular item is the turkey schnitzel. Here, for example, we distinguish ourselves from other suppliers by cutting the meat in such a way that it will not dry out when roasting it. However, this leads to a more expensive production, because up to 20% of the meat cannot be used.“

Customers highly value this approach, as they buy products that not only provide them with a great eating experience, but also with highest food safety and full traceability. Already in 1997 Pöttelsdorfer was the first poultry processor in Austria to receive an AMA certification, which guarantees product quality, origin and food safety at the highest level. Since June 2012 the company has gone one step further by offering its premium turkey products with the quality stamp „Produced without genetic modification (GM)“. This is Europe’s first ever certificate for GM-free food production, handed out by a platform of food manufacturers, food retailers, farmers’ associations, environmental institutes and consumer protection organizations. To receive and maintain this certification, strict guidelines must be complied with, which is periodically checked by external inspectors.

Kraus: „Our consistent compliance with highest quality standards proved to be the right way for Pöttelsdorfer. There are indeed still many low-priced poultry products imported to Austria, but we have been able to convince our customers on quality. More and more consumers are actually willing to pay a reasonable price for that. In addition, our market advantage is that we can handle small production numbers in a flexible way, which means we can react to changing consumer demands quickly. The major importers are not able to do so.“

The company supplies a range of over 140 different products – fresh meat, sausages, frozen products, and many more – in over 400 different types of packaging. As such, highest requirements apply to the installed packaging equipment. In 2009 Pöttelsdorfer started a cooperation with SEALPAC, manufacturer of highly modern tray-sealing and thermoforming equipment. Kraus: „We were looking for an extremely reliable solution to meet our high demands, which we also apply to our products. Being a relatively small company, we strongly rely on our packaging equipment. Based on existing experiences with SEALPAC equipment within the WECH group, we decided to purchase a SEALPAC A7 traysealer in 2013 – and happily so.“

SEALPAC’s all-round A7 traysealer is extremely suitable for companies like Pöttelsdorfer Putenspezialitäten GmbH that require flexibility in their production due to a large product portfolio in varying quantities. „Our customers generally send in their orders in the morning or afternoon to be picked up the next day. Therefore we needed a machine that allowed us to package different volumes of products in different tray formats with shortest changeover times“, Kraus says.

The flexible SEALPAC A7 reliably processes all sealable materials. Due to its innovative tooling quick exchange system, which requires no hand tools, Pöttelsdorfer is able to change to a new pack format with very little downtime. Owing to its servo-driven film transport, the A7 traysealer stands out for its economical use of consumables. In combination with SEALPAC’s unique InsideCut system, where the film is cut and sealed on the inside of the tray edge, film consumption is at a minimum. Furthermore, the InsideCut system allows for a striking presentation on the retail shelves. For a quality-driven company like Pöttelsdorfer Putenspezialitäten GmbH, perfect presentation at retail is a must to ensure that its premium turkey products truly stand out.

„For us it is a huge advantage that the SEALPAC A7 is suitable for both packaging small product batches in a flexible manner, as well as for serial production of high-volume batches for our bigger customers”, Kraus explains. This is especially beneficial with regard to the growth situation at Pöttelsdorfer. Several new products are currently being produced for large retailers, and also exports have increased considerably. Pöttelsdorfer is nowadays not only represented in Germany, Austria and Switzerland, but even has a comprehensive offering in Dubai. Owing to the versatile yet high-output SEALPAC A7, these customers’ requirements can also be met.

Pöttelsdorfer approaches the future with great optimism. Austrian customers will be pleasantly surprised with a new product for the BBQ season: turkey steak in a specially developed marinade containing cranberries. This is manufactured from natural ingredients according to a unique and closely guarded recipe, to provide the meat with an extremely tender bite and distinctive flavour. Securely packed under modified atmosphere by means of SEALPAC technology, both retailers and consumers will once again be inspired by Pöttelsdorfer’s first-class quality in producing this highlight of the BBQ season.