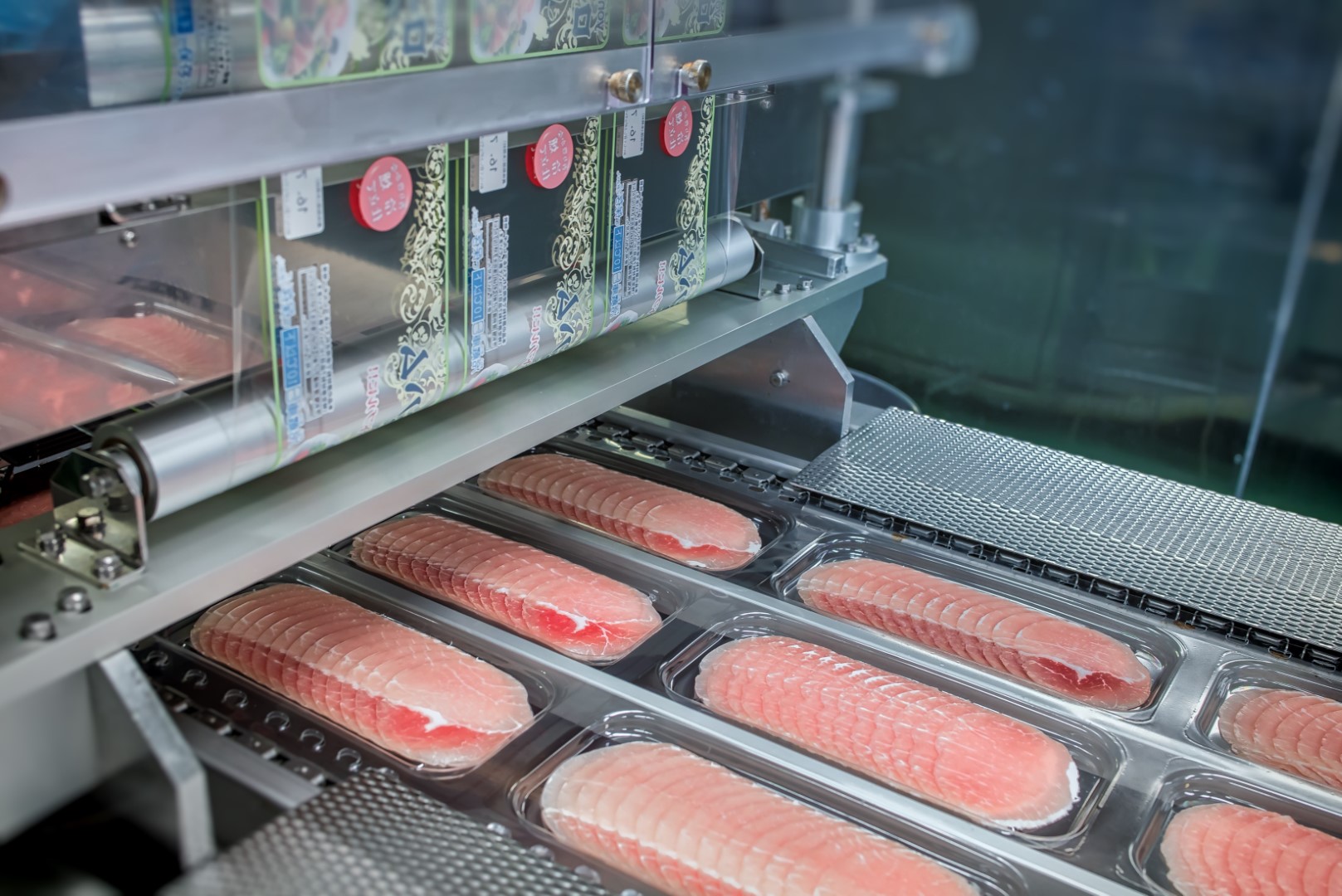 Yonekyu Corporation (www.yonekyu.co.jp), one of Japan’s top ten meat companies, has a striking philosophy: “To create enjoyable dining experiences for consumers, and to enrich their lives through such experiences”. From its head office, beautifully located at the foot of Mount Fuji, this philosophy is spread to the various Yonekyu plants across Japan. Yonekyu Kagayaki Corporation, with two plants in the Saitama prefecture, has been appointed as the group’s core business for manufacturing ham and sausages. We spoke with Mr. Yukihiro Tashiro, General Manager, and Mr. Tsuyoshi Watanabe, Production Unit Manager at Yonekyu Kagayaki Corporation, about how SEALPAC’s recently installed thermoformers contribute to this task.

Yonekyu Kagayaki Corporation, established in September 2002, has two large-scale plants in the cities of Kagayaki and Hana, both in the Saitama prefecture. Under strictest hygiene conditions, almost 40,000 tons of meat is processed at these plants per year. With 381 employees and a production area of 32,000 m², the Yonekyu Kagayaki Corporation has no less than 25 lines to package its ham, bacon, sausages and other types of processed meat. Main applications are bacon blocks packaged under vacuum and sliced meat in modified atmosphere packaging. Although the company started with other brands of equipment, its recent installations have all been SEALPAC thermoformers.

Based on its long-lasting relationship with Nakamura Sangyo Co. Ltd. (also known as Nasco), distributor for SEALPAC traysealers and thermoformers in Japan, four new lines have been installed since 2014. In general, each line has a similar set-up. Products are manually loaded into the packs formed from the bottom film on the SEALPAC thermoformer. Subsequently, each pack is hermetically sealed under modified atmosphere or vacuum. A shelf life date is added to the printed top film before sealing by means of a printing system from EDM Corporation. After leaving the SEALPAC thermoformer, all packs are placed in line and go through metal detection to reach their secondary packaging.

Mr. Tashiro explains: “In order to get a better feel for SEALPAC’s capabilities, we visited their factory in Oldenburg (Germany) when we were over in Europe for the Anuga FoodTec exhibition. There we saw the whole manufacturing process, from the very first drawing to the equipment ready to leave the factory on the SEALPAC truck. We were pleasantly surprised to see SEALPAC’s professional organization of the assembly and manufacturing of its packaging machines. Furthermore, in the factory we saw some impressive and brand-new machinery for milling and drilling, convincing us even more of the quality and durability of SEALPAC equipment.”

With the four SEALPAC thermoformers in production for some years now, Yonekyu Kagayaki Corporation is quite happy with their performance. “First of all, each thermoformer is achieving the required output, which has been a major requirement from the start of the project. Next to this, we find the SEALPAC thermoformers to be extremely strong and reliable, requiring only minimal maintenance. If necessary, spare part deliveries can be easily arranged. Furthermore, we highly value SEALPAC and its distributor Nasco, whom we know for almost 20 years, for giving us professional advice on how to set up the most efficient line”, as Mr. Watanabe explains.

As a company based at the foot of Mount Fuji, a World Cultural Heritage Site, Yonekyu energetically works to protect the environment in the area, for example by cooperating in forest maintenance activities and donating one yen from each sale of its top-flight product Niku Dango to the Mount Fuji Trust. Furthermore, a 250kw solar power system was installed on the roof of the logistics centre at Yonekyu’s head office, which has been generating the company’s own electricity since 2013. At the Kagayaki factory, gas is now used instead of fossil oil to reduce carbon footprint. This care for the environment also reflects on Yonekyu’s packaging activities, where the materials (e.g. thermoformer films) used are carefully selected for each product. Combined with the company’s aim to always supply the most appetizing processed meat products, this makes the Yonekyu brand extremely popular among Japanese consumers.

Yonekyu’s processed meat products, as well as its ready meals, can be found in every major supermarket and convenience store in Japan. The company also supplies to institutional catering, such as restaurants. Mr. Tashiro: “With regard to the Japanese consumer market, there is a clear trend towards smaller portions, as households are getting smaller for several years now and the number of convenience stores just keeps growing. Next to this, we see a rising demand for deli products and easy-to-prepare meals, which for example led to the launch of our Zeppin Sauce Hamburger. To allow for easy opening, we provide our products in packaging with a clearly marked peel tab.”

Yonekyu’s planned merger with Japan’s second-largest meat processor, Itoham Foods, will form the largest ham and sausage supplier in the country. It allows both companies to expand their operations, streamline their production and procurement of raw materials, and to improve their product development by combining skills and know-how. As Mr. Tashiro concludes: “Despite this significant move, the Yonekyu brand will always stand for bringing smiles to the dining table.”